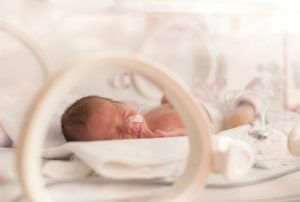 When carrying multiple children, the chances of a premature birth are very likely, which greatly increases the chance of a stay in a Level III NICU. Read on to learn all there is to know!

What is different about a Level III NICU?

When talking about any section of the NICU, we are talking about the neonatal intensive care unit that was originally designed by Louis Gluck and has now become a life-saving program in place for premature and sick babies after birth.

The levels of the NICU nurseries start at basic newborn care, advanced, and subspecialty care as Level III. In the subspecialty level, caretakers are professionals experienced in dealing with critical condition newborns, often who require surgeries.

Technology is constantly evolving, and with it, the medical science for specialty newborn care. Before the 1950s, many hospitals in Europe and the States didn’t even allow incubators to be used. Now, we have the advanced technology to save babies born in extreme conditions with the help of Level III NICUs.

Picking a hospital with a Level III NICU

Transferring your newborn creates a greater risk of death and the mortality rates for hospitals without a Level III NICU are typically higher than those who have a special nursery. It’s important to make sure the hospital you will be delivering your multiples has a Level III NICU.

As the years pass, requirements for having an NICU are beginning to become stricter to ensure the best quality care for the children placed in the nurseries. A report written by Ellen Shaffer of March of Dimes breaks down the different requirements and changes for facilities by American states.

A Level III NICU should have plenty of beds, a professional and experienced staff, and a solid plan for transferring your multiples out of the nursery. Talking to doctors, nurses, or conducting a researched tour of local hospitals can help you make the final decision.

Once you’ve chosen the hospital for delivery, scheduling a tour of the Level III NICU is an important step to take. The environment may be overwhelming and stressful, so equip yourself with knowledge by visiting and familiarizing yourself with the nursery.

The Catawba Valley Medical Center created an educational video of the opening of their large, newly build Level III NICU. It shows the visual journey of transferring 19 newborn babies in critical care to their 15,000 square foot Level III NICU nursery and can give you a better idea of the operation.

When experiencing a tour of your own hospital’s NICU, remember to ask questions about the family care options provided, who the staff is and their experience, testing guidelines, and information about a specialty pharmacy.

How long will your babies be there?

Many people assume that the release from an NICU of any level is based on the child’s weight alone. That isn’t true. In fact, there are several factors that go into the release process. The general requirements for leaving a Level III NICU are:

Other factors are often taken into consideration depending on the severity of the operations performed and the diagnosis for the infant.

The more premature your newborns are, the longer they’ll likely need to stay in an NICU. Multiples born full-term, or close to it, could stay for as little as a week, while babies born at 30 weeks or less are looking at a month or more before release.

Newborns will typically spend most of their time in lower levels of the NICU, even if originally treated in the Level III nursery. Have a plan ready for your life and daily routine while your babies are in the NICU and communicate with your doctor about the release progression.

Tips for preparation and release

Introducing a stay in the NICU is enough of a wrench in the plans, so to say, to throw off any parent and bring in new worries. It’s a difficult time and can bring out feelings of fear, frustration, and even depression if not handled properly.

As scary as it is, the best thing to do when your newborn babies are in the NICU is to stay calm and take it one day at a time. Here is 5 tips from experienced parents, doctors, and experts to keep in mind during this rough time.

Anxiety is best fought with knowledge, so keep in touch with your nurses and doctors and do your research about the technology used. Ask questions, take notes, listen closely, and do whatever you can to ward off those worries with expert answers.

Even though your babies are more separated from you than you’d prefer, you can still take those first steps towards a bond with them. Let them hear your voice, feel your touch, smell your aroma, and learn to know you. Make sure you’re getting skin-to-skin, or kangaroo, bonding in also, even in the NICU!

Make sure you talk to someone

Don’t go through this alone. A spouse, relative, close friend, or even a healthcare professional can be a great way to unburden yourself when you begin to feel drained. Find a support network and use it!

Usually, mothers won’t be able to start breastfeeding right away. Newborns in the NICU are typically fed through tubes, so keep your milk production up by pumping and storing it. Consider donating what you can’t use!

Personalize your space in the NICU

Bringing comfort items from home to cheer you up and make you feel better is a great way to normalize your time spent in the nursery. Focus on all the great memories you’ll start making when the whole family goes home!

With that all being said, we hope you’ve learned more about the function of a Level III NICU and put some concerns to rest with the information provided. When multiples are born, the specialty care offered in NICU programs is life-saving, and now you’re equipped with everything you need to know!

Let us know if this helped any expecting moms out, your own experiences with the NICU, or any other suggestions for preparation and careful planning that you’ve learned yourself. 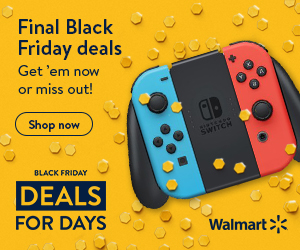